What The FUD? Crypto & Mental Health 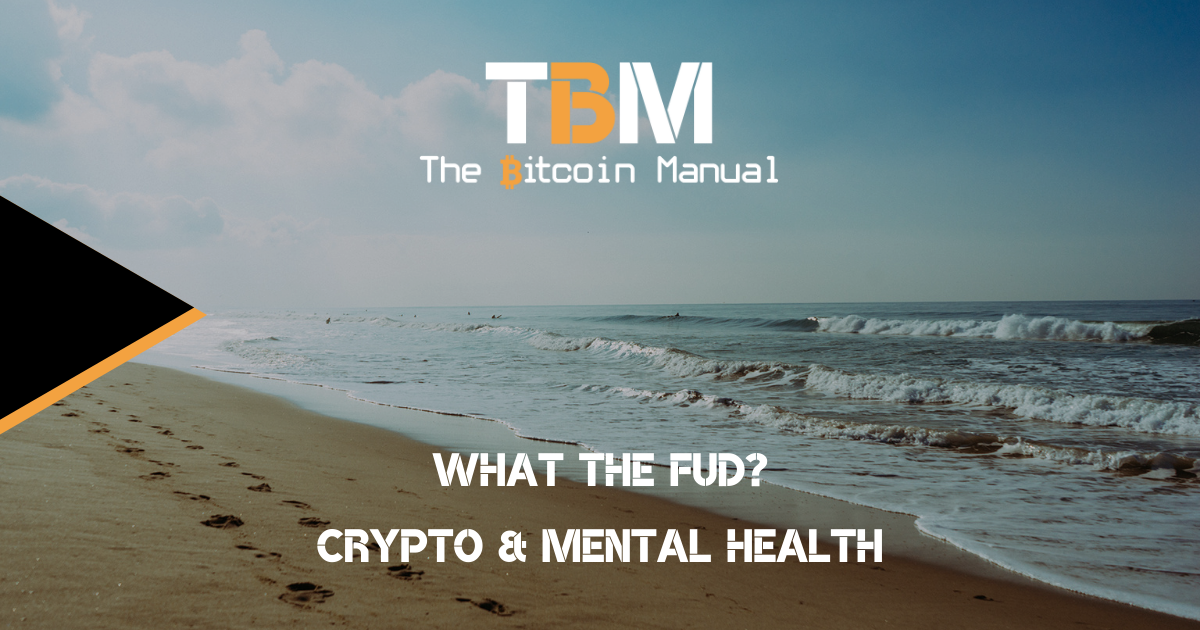 Wow! Plenty of uncertainty in the crypto markets flying around at the moment along with the fear and doubt thanks to someone powering up the FUD machine to max capacity! In any case, the newcomers that came without doing their research and saw their portfolios go down by about 40-50%, like one of my friends who got in last month of his own accord, had a bit of a rude awakening! So, why not have a track I made called “Uncertainty” playing in the background to soothe yourselves whilst you read this one and give a soundtrack to it all seeing as I made this one as I was going through some uncertainty myself many years ago:

I remember that feeling. You felt a little stupid or perhaps some dread and it just compounds as the prices keep tanking as soon as you buy. It’s definitely not for the faint of heart but then if you haven’t done any research or invested more than you can afford then, well, that’s how it goes. I wanted to list out the FUD topics that have come up in the last couple of months as you will start to see patterns from the last 3 bull runs. I’ve only been in the crypto arena since Xmas 2017 but I remember seeing some of these same events back then:

I could list more but you get the idea and it’s just amusing to see the same cycle of FUD repeat itself. Even yesterday, I saw THREE articles in the money section of mainstream media “The Telegraph” all giving their “input” on how divorce lawyers are seeing more and more cases of how couples are moving as much of their wealth to Bitcoin as possible so they don’t get “cleaned out”. They’re really clutching at straws here. This last one is like, well, they could easily have a suitcase of cash buried somewhere a field that no-one but them knows about. It’s got nothing to do with Bitcoin or crypto being “bad” whatsoever!

That’s when you realise after seeing utter trash stories like this that all this FUD is simply clutching at straws and anyone who has half a brain sees right through this nonsense.

Look At What They Are Doing

What I like to do, and have been doing ever since beginning of 2018, is research what the big players are actually DOING rather than what they are saying. By big players, I mean the likes of the central banks, mainstream media, institutions, hedge funds, billionaires… SEC filings reveal a lot and getting your news from crypto news aggregator sites and educators on YouTube like CoinBureau, Modern Investor and InvestAnswers… it’s like you’re in a totally different world and you can’t see how Bitcoin and crypto won’t be adopted by the masses in the next 5-10 years!

Dealing With The FUD

So I guess the point of this post is to just to remind you to do what you can to remove the emotion from the game:

As soon as you feel the emotion and stress get to you, folks, just go outside in nature and switch everything off for a few days or a week, longer and if that doesn’t work – reduce your investment position in crypto and move to less volatile assets. There really is no point in investing for your future purchasing power if you’re going to stress yourself in to an early grave, YOLO!

Have you been affected by FUD? How do you deal with it? Share your thoughts in the comments below!

British bitcoin pleb falling down the rabbit hole and willing to share every bump, scratch and knock along the way
View more articles from this author
PrevPreviousIs Bitcoin Reverse Psychology For The World?
NextIs Plan B Going To Become Plan ANext