Speaking To People About Crypto 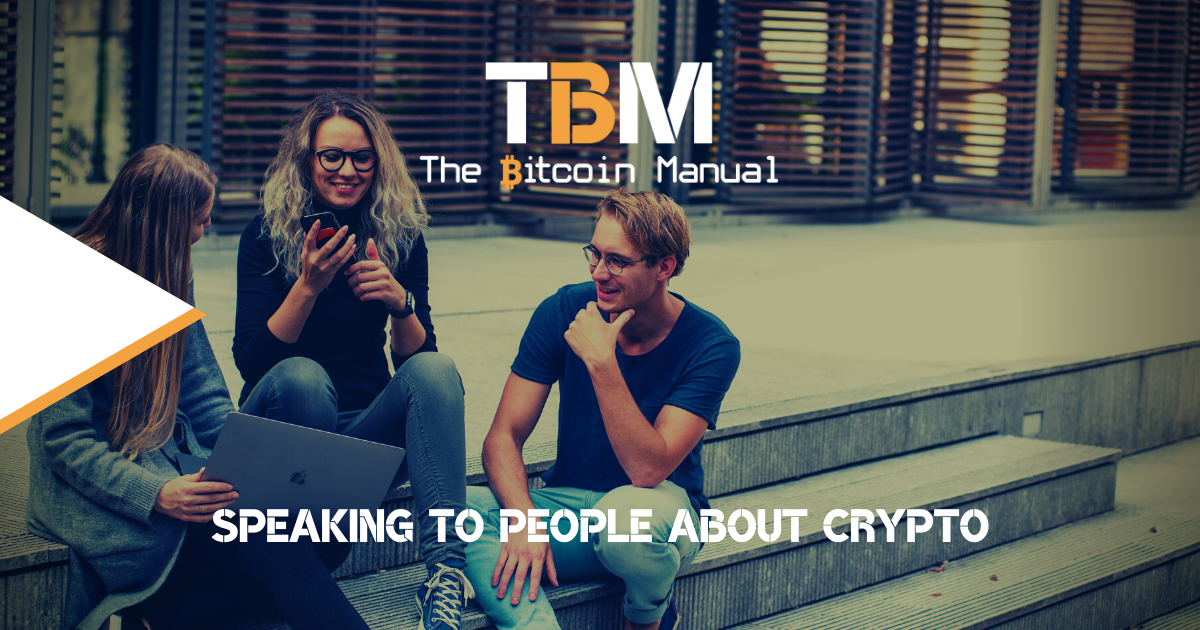 So after I got back from holiday a couple of weeks ago, my desktop PC, aka the “Gladiator”, started playing up as the fan at the back was making a horrendous noise. A quick couple of blows on the fan (ooo err) and that seemed to sort it but after downloading the Koin miner, running it and filling my room with a fragrance of “Eau de Hot Dust” (Hugo Boss, hit me up if you want this new cologne), the Gladiator had been defeated. To the computer repair guy!

…And we were still talking about crypto, mining, my latest venture into CeFi and he had attended many of the blockchain conferences in London before the pandemic hit. It turns out we got into crypto at the same time and he was mining Ethereum but when he told me how much he spent on the mining, I was thinking that I’m not touching mining ever again and will just leave it to the big guys with the proper kit!

He was actually really interested in CeFi though when I told him about Celsius, then I mentioned HIVE and Leo as he likes Medium and reading blogs about crypto so we may see another person enter the fray here folks! He was pretty in to crypto himself and we shared some ideas and knowledge about all the potential out there – it’s so exciting, particularly with PayPal starting to accept crypto payments of BTC (Bitcoin), BCH (Bitcoin Cash), LTC (Litecoin) and ETH (Ethereum) of some description in Q1 2021.

Funnily enough, he then went in to talking about trading and Forex and how he went on a course to learn some of the technical analysis which he applied to crypto charts, mainly BTC. That’s not something I’ve explored yet but with working from home, why not setup a few monitors and get the place kitted out like Pilot from the Matrix! Crypto related stuff on one screen, charts on another screen, day job stuff somewhere else… talk about proof of work haha!

I have to say, it was refreshing to speak to someone in real life and use the terms we’ve come to know and use every day as you’re more involved with crypto without having to think of layman’s terms for it! I also spoke to some of my friends and family over the weekend and I’m making inroads. It doesn’t feel quite as awkward talking about Bitcoin now because I think they slowly understand.

Something I try to do is breakdown the technical aspects of how things work and use analogies to help explain it in terms that anyone can understand. If I can do this, it also helps me understand and it’s a positive spiral. So I had to use a LOT of analogies to explain it to the biggest cynics and here’s how I would describe BTC to someone who has heard of it, doesn’t know what it is and is curious. Feel free to use this if you find yourself speaking about BTC with curious friends (keep your tribalism out of this, it’s not a good look!):

“Bitcoin is basically just another currency. You have GBP in the UK, you have USD for the United States, Euros etc EXCEPT with BTC, there is no country that the currency is native to, rather it’s available globally.”

“Unlike the GBP, USD etc which are run by banks and centralised authorities, Bitcoin is run and maintained by the network of people who want to use it to send money to other parts of the world without exchange fees and delays. This is called decentralised as you’re removing the centralised bank/authority. What this does mean is that you are in complete control of your money, which is a double edged sword. You lose your password to your money, you’re stuffed. It’s akin to having all your money under the pillow but if you get burgled, that’s it.”

“Where does the value come from?”

“Well, it’s value comes from the fact that there will only be 21 million Bitcoins ever created and all transactions are recorded verified by various computers across the world so in theory, transactions and amounts can’t be forged. Governments are printing billions and trillions of their local currency (inflation) which is devaluing that currency as you’re creating more of it (hence things get more expensive each year). Bitcoin is the opposite, once 21 million coins are “minted”, that’s it. So people see value in it because it’s a hedge against inflation for one thing”

“Much like you have 100 pence in £1 or 100 cents in $1, you have denominations that make up 1 BTC called satoshis, or sats for short. Except there’s 100 million sats that make up 1 BTC, which means you can buy fractions of one if you wanted to, you don’t have to fork out £10k (at current price)!”

“You can’t do anything with it though”

“Actually, you can. Retailers and merchants have used it as a payment method and PayPal are now looking into it as a payment option from next year which will open up more spending opportunities. You can also keep it in a “bank account” to earn interest like you would do with any money or you can just keep it totally to yourself like cash under the pillow”

I think it’s important to just be patient with all the questions you’re going to get about it but as long as you keep the conversation going between each time you meet and chat with friends/family, developing knowledge and increasing awareness, then a natural interest will start. I share a link from time to time for more information that they can look at and ask them if they had a chance to read it but if you can answer those 5 questions above without too much resistance then you’ve done the hard bit!

Have you tried speaking to friends and family about your crypto interests (or the PC guy?)? How did you get on? Or have you given up? Let me know in the comments below!

British bitcoin pleb falling down the rabbit hole and willing to share every bump, scratch and knock along the way
View more articles from this author
PrevPreviousThe Best Way To Profit From Bitcoin
NextPracticing “Safe Crypto” With A Triple Wrapped Ledger NanoNext