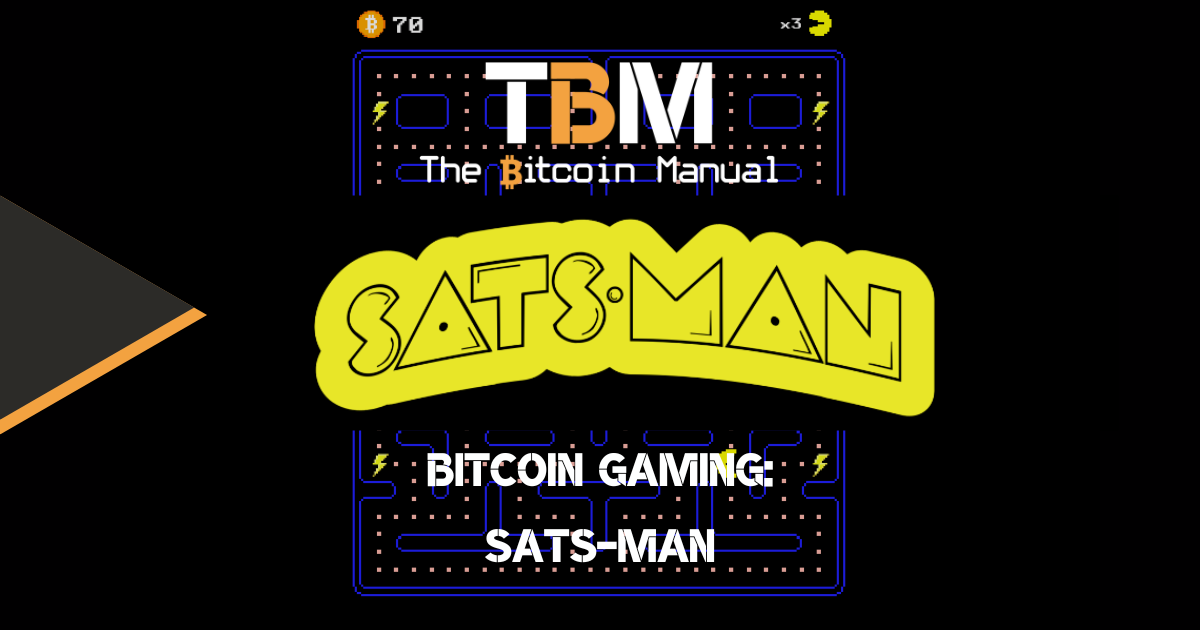 If ever there was an era of gaming that is primed and ready to have Bitcoin integrated into it via the lightning network, then it’s the classic arcade games from a bygone era. A period of time when the digital gaming landscape was first being crafted.

Back then, these 8-bit classics were built with nothing else but simplicity in mind. All they asked of you was, “Can you beat the top score?” and maybe some pennies for the privilege of trying!

One of the most iconic games of this time was the Pac-Man franchise, first released in 1980 by Namco after being created by Japanese game developer Toru Iwatani.

Here, you control the yellow mascot of Namco and try to collect all the yellow dots in the maze, whilst avoiding ghosts to see how many levels you can complete before you run out of lives.

Since this initial game was released, it has firmly established itself in gaming folklore and has had various versions published across multiple consoles.

So how is it possible to make a Bitcoin version of this game?

Well, after the recent Bitcoin Adventure, I had a chance to meet a talented young developer who goes by the name of Gamertron and has been working on incorporating Bitcoin into his own version of Pac-Man!

Gamertron is run by a 10 year old lad, who goes by the name of Sambonzuki on Twitter, with a passion for developing addictive games available to play on your web browser.

ZEBEDEE is a global FinTech company that allows game developers to put Bitcoin into their games with a developer dashboard and API, which in turn lets gamers withdraw Bitcoin out with the ZEBEDEE app.

These two were at The Bitcoin Adventure recently and visitors had the chance to try out the game for the first time and everyone loved it. So what is it about?

Sats-Man is a brilliantly re-skinned version of the classic arcade game Pac-Man, where you control the little yellow legend around a map and attempt to eat all the dots in the maze, whilst avoiding shitcoins and fiat that chase after you.

You can render those pesky shitcoins useless in the game though by collecting the lightning bolts and get your revenge. This will also add to your points score which will help you with the prize draw for some sats at the end of each week.

Currently, the game plays with keyboard only but Gamertron is hoping to have touchscreen controls for mobile very soon.

The game plays smoothly on the PC using Brave browser and I experienced no lag whilst moving Sats-Man around the map.

What is a very nice touch is the 8-bit version of one of Bitcoin’s theme tunes – Pump It Up by Danzel – that provides a heart-racing backdrop to get you pumped up for the game!

As soon as the page opens, you’re thrust into action and have 3 lives to get as high a score as possible. You lose a life if one of the shitcoins captures you and the game ends when you’ve lost all 3 lives.

At the end of the game, you will be able to register your score by scanning the QR code to pay your 1,000 sats entry, then connect your Twitter handle. This then puts you in a prize draw for a chance to win the weekly prize of 25,000 sats and a BoltCard from CoinCorner if you get the highest score!

Each point you get is a ticket into the price draw and you can enter as many times as you want.

If you’re lucky enough to win, you will receive a direct message on Twitter from Gamertron with a QR code that you can scan with your lightning wallet and collect!

Once you have entered your score, you can see how you compare against some of the other Sats-Man players on the leaderboard here.

After covering a similar game called EscapeQR earlier in the year that involved avoiding fiat and escaping a map, I was hoping that someone would come along and integrate sats into the classic Pac-Man game.

This call was answered by the legend that is Gamertron, who has delivered an absolute gem that will tug on the nostalgic heartstrings of many an arcade gamer who wants to relive the classic.

However, it’s the upgrades to include the iconic sound track of Pump It Up and changing the ghosts of the original game into shitcoins that make this an even better version of the original.

And if destroying fiat and shitcoins isn’t satisfying enough in the game, there’s a chance to earn some sats at the end of it all to add to your stack for the cherry on top.

So, who wants to take on the world with Sats-Man? Fiat doesn’t stand a chance 😊

British bitcoin pleb falling down the rabbit hole and willing to share every bump, scratch and knock along the way
View more articles from this author
PrevPreviousSaving Isn’t Sexy, It Is Necessary
NextBitcoin App: Geyser FundNext